Charlie Chaplin Unleashed - For all things Chaplin, check out this site. Includes info on Chaplin DVDs, books, performances and events, a bio, and listings of Chaplin-composed music.

Cinevent - Running for thirty-six years and still going strong, Cinevent is one of the finest showcases in the nation for 16mm screenings of classic films (and 35mm films shown at the nearby Wexner Center for the Arts). Every Memorial day weekend, Cinevent attracts dealers and film lovers galore: plow through thousands (millions?) of lobby cards, posters, tapes, 16mm and super-8 films, lps, magazines, books, and lots more!

Classic Images magazine - One of the longest running film magazines around, and still one of the best. Each issue is filled with informative articles about, and sometimes interviews with, the great film stars of yesteryear. Highly recommended. Receive a free sample copy on the Classic Images website, which also connects to its sister title, Films of the Golden Age

Classic Movies: Welcome to the Golden Age - Galleries, links, posters, photos: everything you need to know about classic film actors and directors.

The Digital Bits - An excellent source for informed and intelligent news, opinions, and conversation on films in the digital age. The Digital Bits also features six regular columnists, including the erudite film producer, historian and preservation expert Robert A. Harris.

Early Cinema.com - All you need to know about the first decade of cinema, including a timeline, essays, and profiles of pioneers such as Edison, Georges Méličs, and the Lumičre Brothers.

Fleischer Popeye Tribute - Everything you'll want to know about Max and Dave Fleischer's classic Popeye cartoons from the '30s and '40s, including eye-popping stills from the Fleischer's Technicolor two-reelers.

The Greatest Films - Tim Dirks loves films, and his site is "an award-winning, unique resource for classic film buffs and all who are interested in films. Includes interpretive and detailed plot synopses, review commentary, an unparalleled wealth of film reference material, and historical background for hundreds of classic Hollywood/American and other English-language films in the last century."

Laurel and Hardy: The Official Website - Learn more about Stan and Laurel at this site, which includes video postcards, a downloadable screensaver, and the proverbial more.

Kino International - The best resource for silent and classic films on DVD and VHS, as well as filmed theatre, documentaries, foreign films, theatrical rentings, and more!

National Film Preservation Association - The official website for the nonprofit organization created by the U.S. Congress to help save America's film heritage.

Nitrateville - A friendly and informed forum for appreciators of silent and early sound film: "Talking, collecting and preserving classic film."

The Official Website of Lillian Gish - Download wallpaper screens of this legendary silent screen actress, read quotes, a biography, career highlights, and a listing of her TV appearances. Plus, links to Lillian Gish books, DVDs for sale and other tribute sites.

Paramount Film Preservation Projects - A list of films Paramount has saved to modern film stock, with info on their restorations of Sunset Boulevard and Roman Holiday.

Professor Hall's Silent Movies - Buy and learn about Zoetropes, the optical toy which was the precurser to film. Also learn about some of the earliest showmen and projectionists!

Reel Classics - This site contains an awesome 2500 pages of classic movie content, including classic movie wallpapers, screensavers, and desktop themes for your PC.

Silent Ladies and Gents - 15,000 images of 1,400 silent film stars, plus QuickTime movies, E-cards and merchandise. Where else are you gonna find a Theda Bara golf shirt?

Silent Movies on DVD - Looking for listings of Region 1, 2, and 4 silent film DVDs? This is the place. 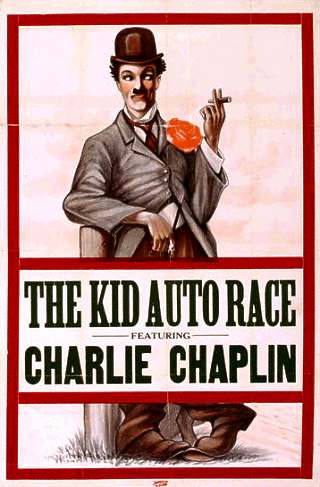 Back to Silents in the Court
NenoWorld Home
Use of Chaplin poster courtesy of: All Posters.com